6 - 334 pts, not in semi
Francesco Gabbani is the winner of the 2017 Sanremo contest and he also agreed to take the ticket to Eurovision.
The winning song Occidentali’s Karma is written by Francesco Gabbani, his brother Filippo Gabbani, Fabio Ilacqua and Luca Chiaravalli.


Occidentali’s Karma (Western's Karma) is being recorded in English and Spanish.
(now where are they....)


OK has been released as a digital single and can be also found on the Sanremo 2017 CD (see below).
The Eurovision version was released (digital) on April 7.

Vinile, promo's and more
Francesco Gabbani is thee King (Kong) of limited editions.
The Sanremo winner has also been released on a limited edition 7"inch single (1000 numbered copies, transparent blue vinyl) with the instrumental version on the b-side.
(Warner BMG 4050 538 8270969).
But Warner cheated and have pressed an extra 1500 copies numbered 1001/2500 to 2500/2500.
Mispressings of the first batch exist. They didn't turn out blue but transparant. Instant collectors item???

More Karma stuff
A cdsingle of Occidentali's Karma was released March 17, so far it seems to be another limited edition affair with a t-shirt. The disc includes OK, the instrumental and a version of Eternamente Ora. (BMG 5382 79820).

Remixes
A set of 10 remixes has been released on May 5, (digital shops, see versions below.)


Not only does Gabbani's performance have an ape (inhabited by Filippo Ranaldi), he's also the first Eurovision artist ever to have ABBA in his surname. So now you know.

Last year Gabbani won the newcomers section of Sanremo with the song Amen.
He has released two albums so far: Greitist Iz in 2013 and Eternamente Ora in 2016.
He also wrote and recorded the music for the film comedy  Poveri Ma Ricchi (2016)


Magellano special edition
November 17 sees the release of a Special edition of the Magellano album. The 2CD includes a disc with live tracks recorded on Gabbani's recent tour.
Of course Occidentali's Karma is also included. 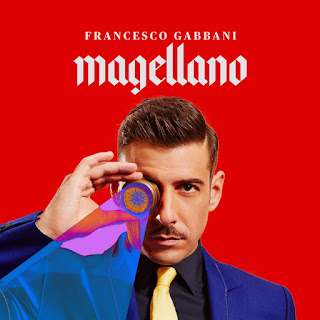 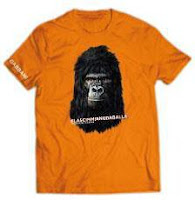 A fun kids cover is released on the (digital) album Baby Dance vol. 12. It is sung by Sofia Del Baldo (watch here).
Another cover aimed at the kids (but quite crappy) by "Elsa" can be found as a digital single.
Fuori Orario made a "dance" cover better avoided. (Album Cover Medley 2).
German acoustic rock singer Meg Pfeiffer recorded an acoustic version for her digital EP Perfect Life (ESC Convention & Acoustic-Edition) which also includes a cover of the German entry.

Coverversion
A coverversion in English was released by South African singer Karin Bekker.
Find out more here at Eurocovers.


Quite nasty cover by Antonella Francavilla and by Pippo Scagliola are also released. The version by Fuori Orario is equally useless, but it has a dance beat.
Above coverversions have been released through digital stores, many other spoofs and covers have been uploaded to the Tube, but you'll have to sort these out for yourself. 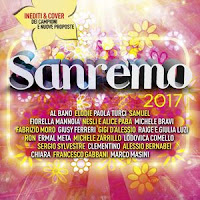 A 2CD Sanremo 2017 was released by Universal on Februari 10.  It includes most new entries (all except Bianca Etzei) and coverversions performed at the Sanremo shows. Tracklist in picture below.

Many (new) songs participating have already been released on artists albums. (or will be released soon)
All Music Italia has a detailed list of these releases in the shops.